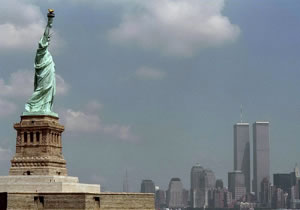 
Supervised all aspects of the Daily News photo desk, including image acquisition, choice and usage, as well as oversaw photo desk employees in the production of black & white and color photos. Coordinated with departments throughout the paper in researching and fulfilling image requests. Researched photos using database-driven search engines, network and remote on-line proprietary database sources, the Daily News physical photo archives, wire services and photo desks throughout the world. Worked with senior editorial staff to coordinate Daily News image coverage, including selection and preparation of the front and back cover photos, features sections and Sunday entertainment section.

In my 10 years at the Daily News I was involved in numerous changes to the department and the paper. The highlights included:

My duties at the embassy included working with Soviet citizens in their native language, processing emigration applications, and responding to Soviet citizen inquiries in Russian, both in person and by telephone. In addition, I coordinated the organization and transfer of all refugee files to the Immigration and Naturalization Service in Washington, DC.
Analyst
February 1988 to February 1990
US Department of Defense, Ft. Meade, MD

The College of William and Mary in Virginia, Bachelor of Arts, December 1985
Russian Area Studies
© 2003 - 2021 Lee Clark All Rights Reserved